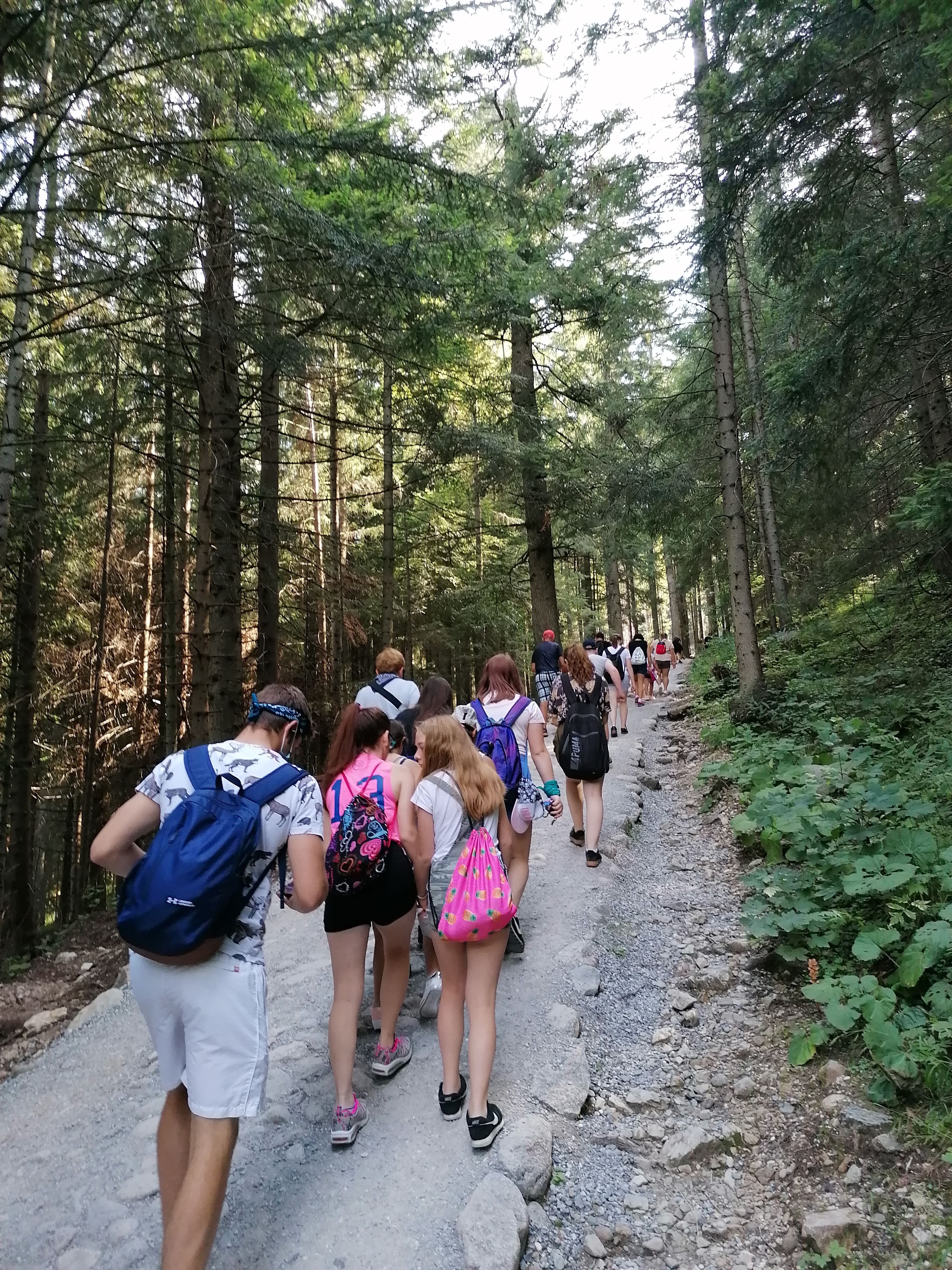 The group spent a lot of their time hiking up trails during their trip to the Tarty Mountains, Poland. Photograph by Father Dawid Kwiatkowski.

In August, 2020 I took 35 orphans and 4 adult employees of an orphanage, including the principal, on a retreat in Poland's Tatry mountains.

It all started when after working as a chaplain for the orphanage, I realized that I wanted the children to experience more of our Catholic religion, develop a deeper relationship with their priest and have a trip to a beautiful place.

At the same time, when I was thinking of that one family from the Diocese of Savannah who donated $3,500 to me, asking to use them on the orphans. I immediately knew what I wanted to do.

I approached the orphanage's principal and proposed we would organize a week-long trip to the mountains that would include a daily Mass and studying Catechism in the evenings. The rest of the time would be used to hang out, climb the mountains, go to the river, ride bikes, play games and have fun together. I also asked that cell phones would be taken away from the kids and given to them only 15 minutes a day.

The principal agreed to all conditions, and I offered the money I had received from Augusta, GA. After receiving permission from my pastor, we chose a place, got some more money to cover some other possible expenses, and left for the Tatry Mountains in August of 2020.

I also managed to take two of my nephews with me because I wanted them to see how other kids have it, especially when living in the orphanage. I thought it would be a good life lesson for them, and it was.

I personally wanted this trip to be successful, and success for me meant that all of the participants would go to confession by the end of the trip/retreat.

On the first day, I celebrated Mass in our refectory, and only two people came to communion; they were my two nephews. That evening one little girl from the orphanage came up to me outside when we were playing ball and asked if she could go to confession, after her eight more followed. By the end of the week at our last Mass of the retreat, all kids and all adults confessed and received communion. I thanked God for this success.

After some months, when I visited the orphans, they always talked about our trip and the catechism classes and the fun we had. One week without their phones made them realize that life goes one out there when forming relationships with people around and not necessarily when spending hours a day in cyber reality. After two days, they forgot they ever owned phones and it was beautiful to watch.

I give thanks to God for this great opportunity to be able to be there with those kids, to be able to minister to them, to have such friends in the U.S.A. who trusted me with their money and to work with such a great group of people at the orphanage.