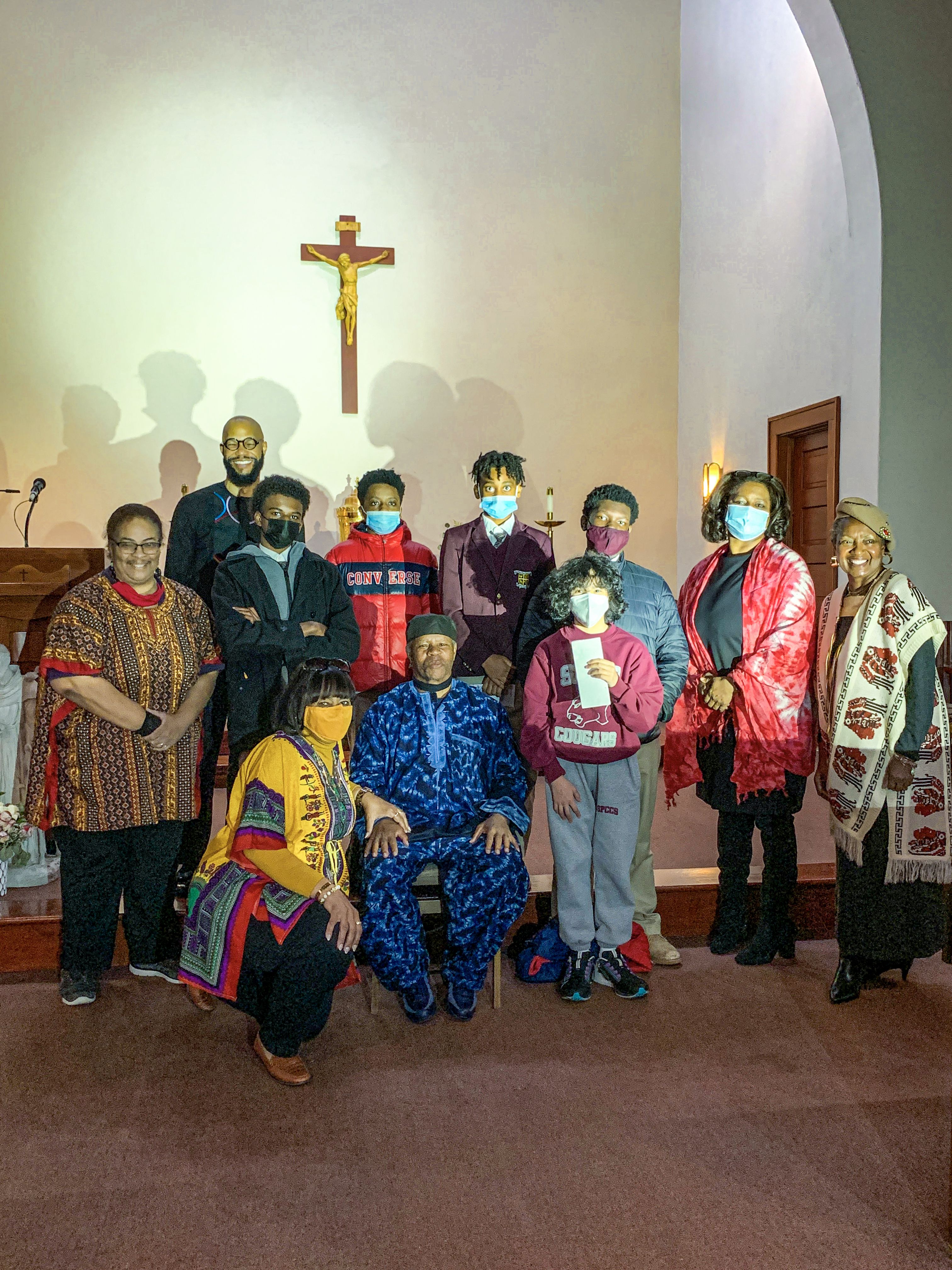 For nearly 50 years, the United States, together with other countries around the world, have celebrated February as Black History Month. Its history dates back to 1926, when the Association for the Study of Negro Life and History (ASNLH) (now the Association for the Study of African American Life and History) sponsored “Negro History Week”, choosing the second week of February to coincide with the birthdays of Abraham Lincoln and Frederick Douglass.

In the decades that followed, cities across the country began issuing yearly proclamations recognizing “Negro History Week”, which eventually evolved into Black History Month during the Civil Rights movement in the 1960s. President Gerald Ford officially recognized Black History Month in 1976 – the nation’s bicentennial – calling upon the public to “seize the opportunity to honor the too-often neglected accomplishments of Black Americans in every area of endeavor throughout our history.”

The celebrations continue today and at St. Peter Claver Catholic Church in Macon – a historic landmark in the state of Georgia – parishioners are recognizing Black History Month with four events dedicated to the topics of Black music, literature, arts and crafts, and science and medicine. Founded as an African American mission parish by the Jesuits in 1888, St. Peter Claver serves a fully integrated congregation in Pleasant Hill, an African American neighborhood in Macon.

Students from its school – St. Peter Claver Catholic School (SPCCS) – have also been spending the month learning about famous figures and participating in events honoring Black History Month. A particularly popular event among middle school students was the “Pleasant Hill Living Wax Museum”, an event dedicated to remembering local African American writers. Members of St. Peter Claver Church led a live reenactment, portraying authors such as Jeanne Herring, an SPCCS alumna; William S. Scarborough, former president of Wilberforce University; and William and Ellen Craft, who were famous for running a thousand miles from Macon to Philadelphia in 1848 in order to find freedom.

“I thought that it would be something of interest to the students,” said Pamela Burnell, a local educator who chaired the event. “I wanted it to be something that would impact them so that they would understand, especially those that come from Pleasant Hill, that there are people, famous people, who have been born and raised in this community and have gone on to do great things.”

Students interested in earning extra credit submitted a reflection piece on what struck them most from the event. “I chose William and Ellen Craft because the way they thought about escaping was very smart,” one student wrote. “They used all of their resources such as being trusted and having fair skin to their advantages.”

And another: “The challenges that all these people faced, and what they accomplished was amazing. William S. Scarborough was born into slavery in Macon, GA. He fought his way out of slavery to accomplish his dreams. He started out as a janitor at a school, and worked his way all the way up to president of the school.”

Among the other events hosted by St. Peter Claver Church earlier this month were a performance honoring Black musicians and a display of hand crafted jewelry and art from local artists. And on February 22, the church will be hosting a talk by Cynthia Malone, Co-Founder of Chip’n Away Heart Disease, a 501(c)(3) non-profit organization.

“The events have been well attended,” noted Father William McIntyre, OFM who serves as the pastor at St. Peter Claver Church. “We’ve had between 40 and 60 people attend, mostly parishioners, but also some from the community.”