Where Does the Money Go?

Movie Night at St. Michael's helps bring parishioners back together

Daybreak remains a mainstay in Macon

St. Joseph's/Candler Hospital celebrates 50 years of service on the south side

St. Joseph's/Candler Hospital celebrates 50 years of service on the south side 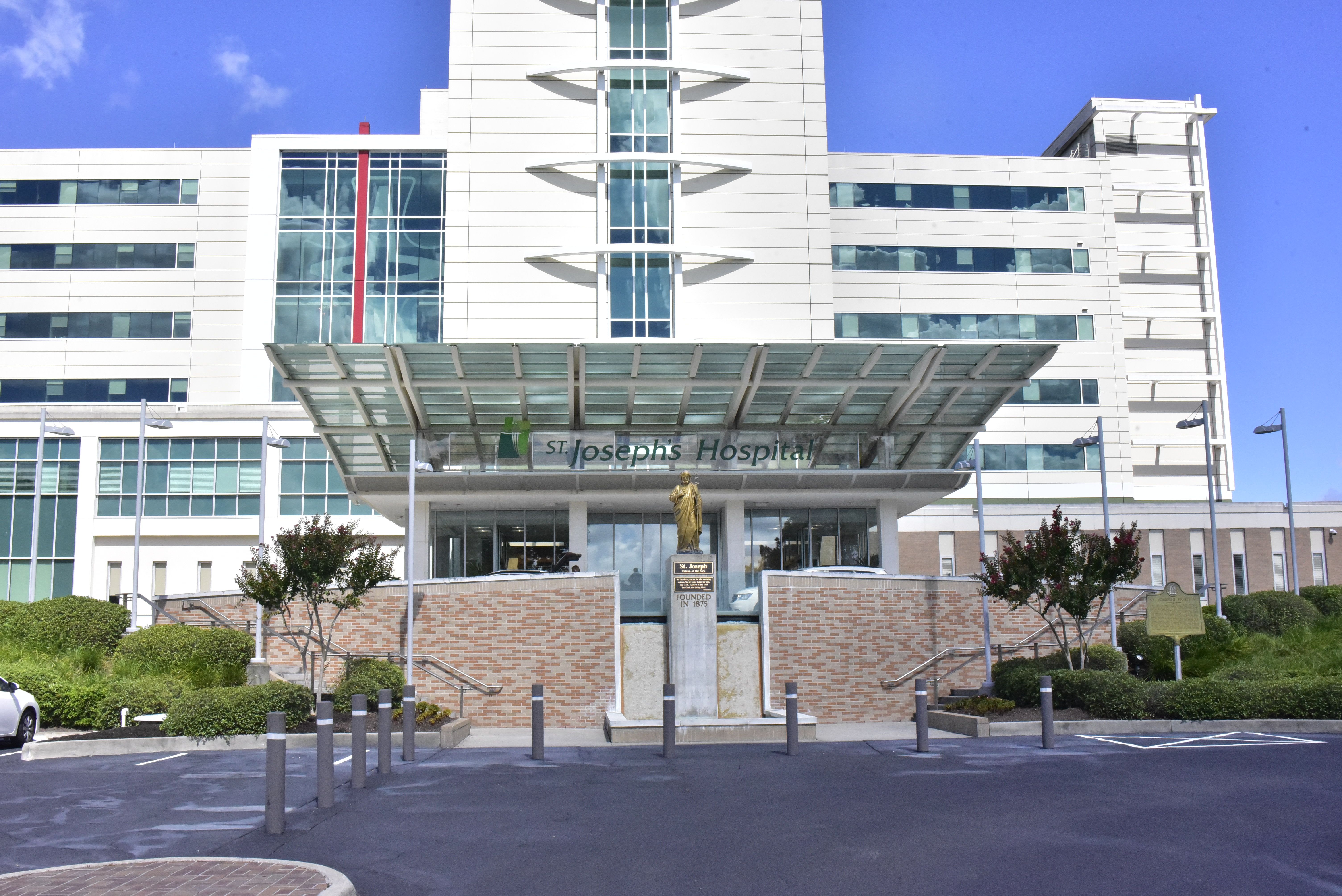 St. Joseph's/Candler Hospital has been a beacon hope hope and health on the south side of Savannah for 50 years. Photograph by Donnell Suggs

Savannah, Ga. -The sailors making their way into Savannah from sea were often sick and needed a place to be treated. In the late 19th century the Sisters of Mercy, though not nurses, they were teachers after all, a respected influence on the community at large, were asked by a local physician to help start a hospital to better accommodate what began to be too much of a workload for the now long closed Forest City Marine Hospital downtown. Enter 1875 and what was the first iteration of St. Joseph's Hospital, and is now St. Joseph's/Candler. Sister Mary Cecilia Carroll, the local Superior and superintendent, Sister de Neri Farrelly, Sister Helena Sheehan, Sister Agatha Clark and Sister Mary Ursla Bowe, were the five Sisters of Mercy tasked with running the hospital and thus setting a tone that till this day remains vital to the ethos of the hospital, its staff and its mission. "Spirituality is a part of the healing process and to come in and see the strong pastoral care that remains here says a lot about this hospital," said Sister Margaret Beatty,Vice President of Mission Services at St. Joseph's/Candler. "The mission is rooted in God's love, we treat illness and promote wellness for all people."

Fast forward to 1970 and the Sisters of Mercy were once again at the forefront of bringing St. Joseph's Hospital to a Savannah community, this time to what was then a fast-growing south side of town. The risks were many, the needs were far greater. There wasn't a hospital on the south side, people had to go downtown in order to get help. "It was a risky move because there was nothing out here at the time," says Beatty, who has been at St. Joseph's/Candler Hospital for the past 19 years. "The area was undeveloped. Sister Mary Cecilia Carroll was a very strong leader though and it was fortuitous in more ways than one that we were here."

"To me I think it was a matter of trust in the sisters and in the hospital," she added. "The people needed this hospital and I believe they were happy to have it here."

For the past 50 years the hospital has been a beacon of hope and help on the south side with the hospital being the area's most recognizable landmarks. The statue of Jesus is nearly visible from anywhere on Abercorn Street. The gold statue of Saint Joseph at the entrance, his left hand over his heart, welcomes all who need help and healing. During the past five decades many things have changed at St. Joseph's, the current location on Mercy Boulevard has a newly designed atrium that includes a colorful rose window upon entry to the emergency room. "The work of the hospital has expanded over and over again," said Beatty, who pointed out that the hospital is now a regional health system. The distinction being that nearly all of medical necessities can be filled at a certain location. St. Joseph's/Candler has a number of offices throughout the city.

There was also a garden built and planted on the far right corner upon entering the hospital's main entrance. The Sisters of Mercy Honor Garden was blessed by Father Joseph Smith one sunny morning early July and since has been a place where visitors and patients alike have gone to reflect, pray and spent quiet time. There are bricks that make up part of the surface there and they commemorate the Sisters of Mercy that have come to serve at St. Joseph's before and since. The garden was a surprise gift from St. Joseph's/Candler President and CEO Paul Hinchey. "The garden represents gratitude because you see the names of those sisters that really were responsible for founding, maintaining, strengthening and growing this hospital," said Beatty.

Fifty years ago there was a hospital built to better aide the people of Savannah's south side. It began to serve people coming into the city from Richmond Hill, South Carolina and the like. The five Sisters of Mercy that began the mission in 1875, the others that continued the work in 1970, and the many professionals, both secular and lay, that do so today in the middle of a pandemic all are part of the story of St. Joseph's Hospital. "This hospital's reputation as a faith-based hospital is one of its strengths," said Beatty. "This is a place where people welcome prayer. It's a part of the fabric of Savannah."