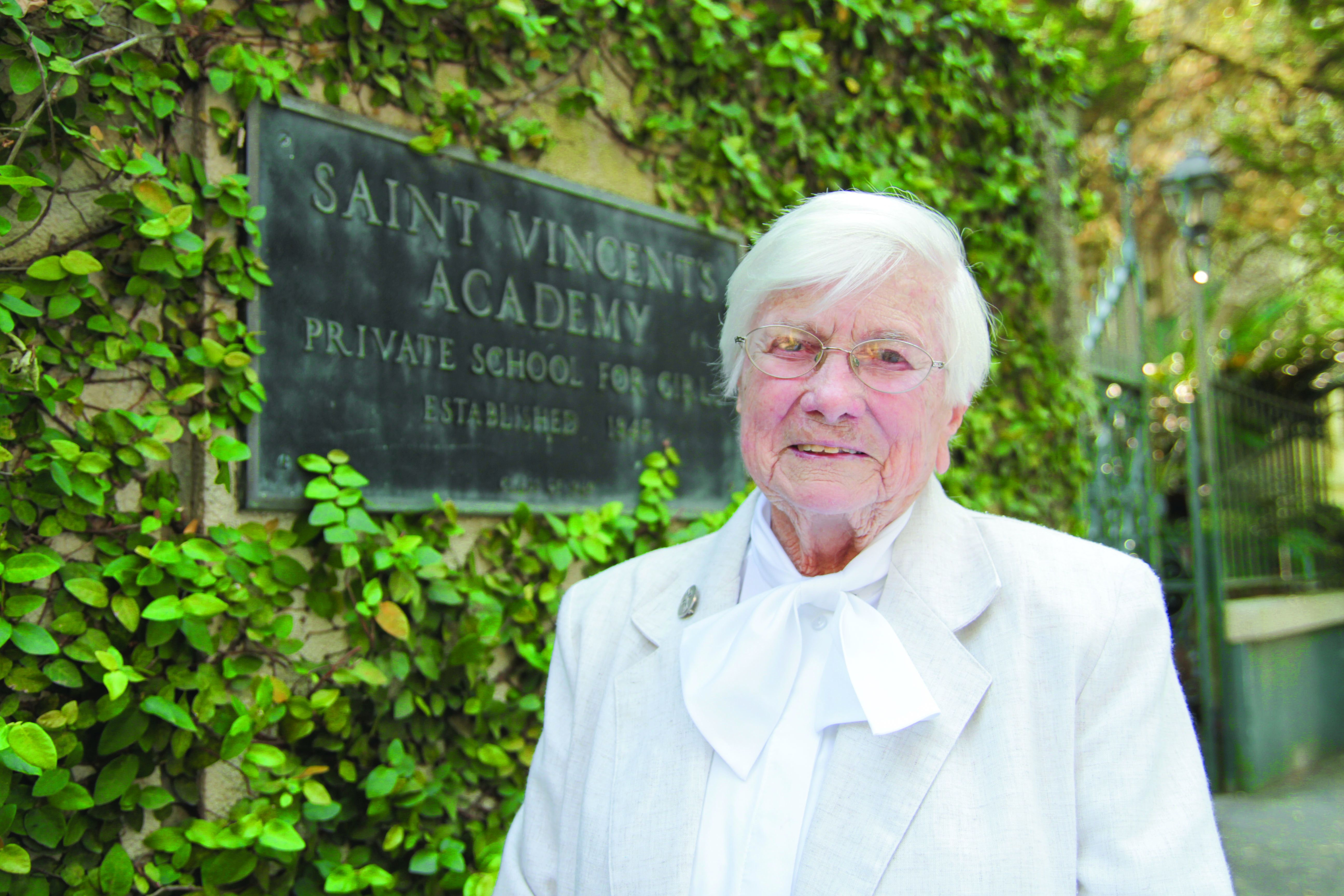 Sister Mary Jude Walsh, RSM, age 95, passed away from natural causes on December 7, 2020. She was better known as “Sister Jude” to members of her Religious community, the Sisters of Mercy (RSM); St. Vincent’s Academy (SVA) students, alumnae, staff, and parents; and parishioners in her native Savannah and throughout the Diocese of Savannah.

Walsh earned an undergraduate degree from Mount Saint Agnes College in Baltimore and remained in the city while she earned a Master’s in Education from Loyola College. She made her way back home to the Diocese of Savannah to begin a decorated career as an educator, working as a teacher at Cathedral Day School, St. Joseph’s Academy, Columbus and St. Mary’s Home, Savannah, before becoming a principal at Nativity of Our Lord School, Cathedral Day School and for decades at her beloved SVA. Her dedication to Catholic education was recognized by Pope John Paul II with the Papal Medal. Then-Bishop of Savannah Raymond W. Lessard presented Walsh with the medal at an SVA graduation ceremony at the Cathedral Basilica of St. John the Baptist (then Cathedral of St. John the Baptist) in 1993.

Bishop Emeritus J. Kevin Boland remembers Walsh as a “woman of valor” and “outgoing and friendly beyond measure.”

“Sister Jude was a marvelous leader, an educational specialist of the highest order, and the personification of religious life,” said Boland.

A member of the SVA class of 1943, Sister Jude had served as the school’s principal for 27 years, beginning in 1968. She spent more than four decades in Catholic education and, following her retirement, was a member of the school’s board. The St. Vincent’s Academy gymnasium, Sister Jude Walsh Hall, was named in her honor and dedicated in 1993.

Sister Walsh entered the RSM in 1943, was professed in 1949 and dedicated her life to the Church and to education. Of Walsh, Hogan added, “She was a faithful example of service and how to live with mercy.”

A private burial will take place at the Catholic Cemetery. A Mass of Celebration for Sister Jude will be held at a later date due to the Covid-19 pandemic.

Donations made be made to Saint Vincent’s Academy in her honor.