"No matter where we are, we are together": Parishes remain together during Holy Week 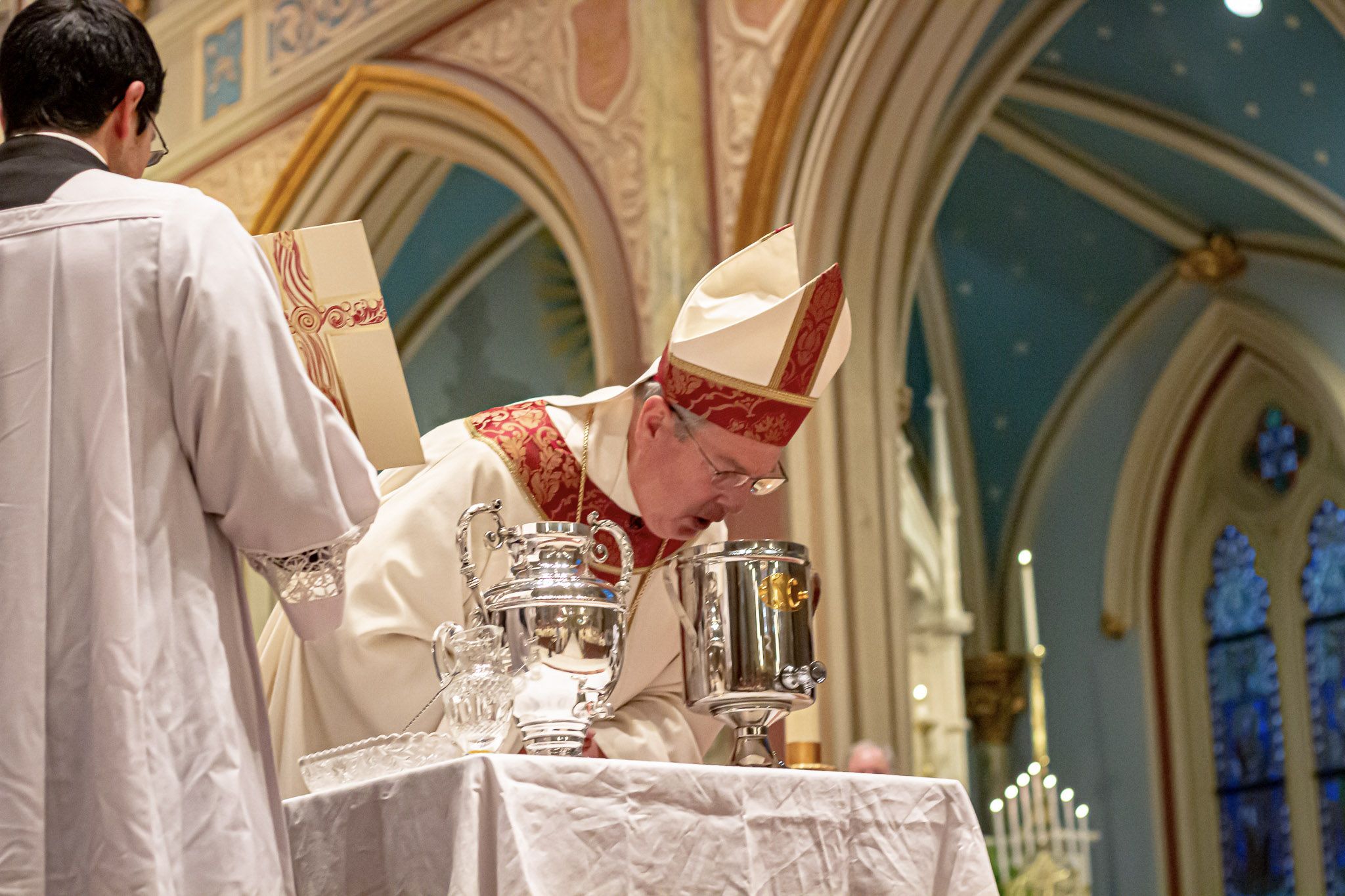 Holy Week is fast approaching and parishes around the diocese, as are their counterparts around the state and country, are continuing to come up with new ways to worship together. The ideas for how to celebrate Palm Sunday, Holy Thursday, Good Friday, the Easter Vigil, and Easter Sunday differ depending on where one attends Mass. Still, there are most certainly ways to do so at nearly every parish within the diocese.

"No matter where we are, we are together. We are surviving and we are doing our best to stick together as a parish."

There are online Masses, streamed live from parish sanctuaries all over the diocese. Scheduled during Holy Week, the Masses will be streamed via Facebook from parishes like St. Stephen, First Martyr Catholic Church, Hinesville; St. Jude Catholic Church, Glenville; and Immaculate Conception Catholic Church, Moultrie, who also plans to provide live footage of bilingual Masses, Spanish Masses, drive-thru Communion, and palms on Palm Sunday along with streaming the Stations of the Cross and Passion of the Lord on Good Friday.

For other parishes, there are more inventive ways to celebrate and worship together during this holiest of weeks.

With just under a couple hours to spare before sending out a mass text message to parishioners at St. Benedict The Moor Catholic Church, Savannah, Father Romanus O. Ezeugwu, MSP pondered whether to renew his GoToMeeting subscription. The numbers of parishioners that were attending the daily evening Masses via the conferencing service are rising at a steady rate. "The parishioners are really enjoying it," said Ezeugwu. "No matter where we are, we are together. We are surviving and we are doing our best to stick together as a parish."

The idea of teleconferencing Mass came to Ezeugwu while making welfare check calls to parishioners a few weeks ago. In between phone calls to see who might need a ride, or how someone was doing there, he thought there had to be a way he could talk to multiple parishioners simultaneously. Mass can no longer be attended in-person, but how about over the phone? Could that work?

Ezeugwu said there were 82 parishioners on a recent call.

"We need to pray together, and now we can say evening prayer together as a parish," said Ezeugwu.

The Masses usually last 40-45 minutes because, according to Ezeugwu, parishioners are already relaxing at home and he doesn't want them dozing off. The reason why he decided to use teleconferencing falls under a parishioner friendly umbrella. "We have a lot of elderly parishioners, and to include everyone, I decided to do it this way," said Ezeugwu. "Using an online method would have eliminated a lot of our people."

Access code at the ready, Ezeugwu sends the six-digit sequence to parishioners 15 minutes before the 7 p.m. call in hopes of getting them prepared for the start of Mass. "I begin with the rosary, and then read the Gospel and afterward say a prayer and give final blessings, and we do that on a daily basis," said Ezeugwu.

For some of the smaller parishes in the diocese, there are fewer options, or like at Holy Family Catholic Church, Blakely, where there aren't any video or streaming options. "We are a small parish without those capabilities," said Father Mike Kerin, GHM. He does, however, encourage his parishioners to watch Mass online or on television during Holy Week.

During these uncertain and tumultuous times, bringing parishes together has taken on a new form. Still, according to Ezeugwu and others, it may be different, but it is working. "This experience has taught me the importance of having the proper equipment in the church," says Ezeugwu. "This has given me a sense of fulfillment."