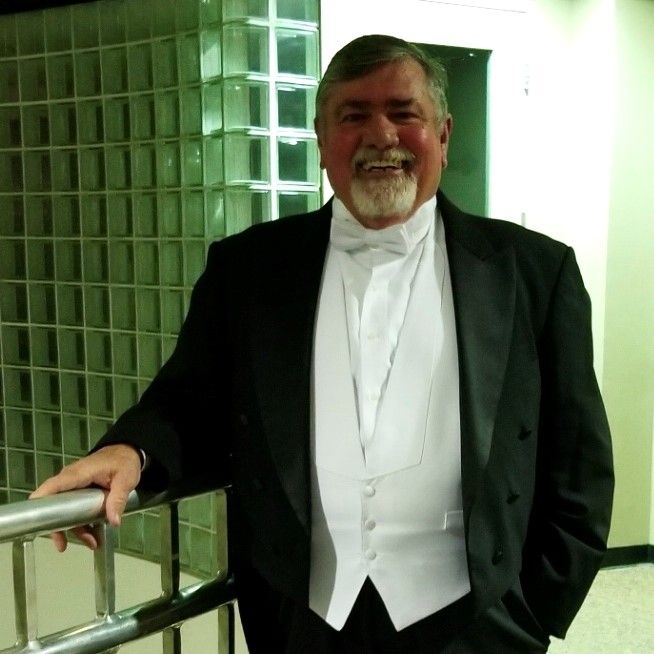 Larry Lambert, a catechumen at Christ the King Church, Pine Mountain, attended Mass at the Cathedral Basilica of St. Louis, New Orleans earlier this month and heard something said by the celebrant that he has yet to forget. Equal parts storyteller and historian, there’s a good chance Lambert  “The words listen and silent are made up of the same letters. They are the same word. You can’t have one without the other.” Lambert enthusiastically told this story while explaining to the Southern Cross why he has decided to become a Catholic. “I feel our entire lives are spiritual journeys,” said Lambert who served in Vietnam as a flight medic after being drafted not long after his 18th birthday in 1971.

The Sarasota, Florida native and father of two adult daughters, jokes about how he had a “12-day summer” that year and that he’s “lived about five lifetimes.” He plans to live the remainder of his life as a Catholic, which means a lot to him as his daughters are Catholics. Living and worshipping in metro Atlanta and New Orleans, respectively. “There are a lot of reasons why I decided to become Catholic. One is the history of the church and its relationship with Jesus Christ,” said Lambert, 67. “I also love the way the church holds The Virgin Mary in such high spiritual esteem.”

During those lifetimes as a veteran he served for more than 18 years in the Florida National Guard, and more recently as a Professor Emeritus for Tulane. Becoming a Catholic was something he has always been interested in. Lambert’s late wife, Pamela Rollins, played the organ and helped with youth ministries while the family attended First United Methodist of Pine Mountain. Rollins passed away following an accident in 1996. She was just 42 years old. Her strong faith remains an anchor for the family. “I am learning a lot,” he said of the Rite of Christian Initiation of Adults (RCIA) classes. Lambert took RCIA classes with one of his daughters in New Orleans but didn’t complete the process. “I didn’t take the final exam,” he joked.

Lambert has been attending Mass at Christ the King Church  for “close to a year.” He attended Mass at other parishes in the past while in the military. Lambert credits the help of his sponsor Mary Elaine Thompson, a long-time parishioner at Christ the King Church, and parish RCIA instructor Neal Garn, who has been involved in faith formation at the parish for the past 15 years. “I give Neal a lot of credit,” said Lambert. Another reason Lambert listed why he is becoming a Catholic is simple, “I have always liked how the Masses end with the words ‘Go in peace,” he said.