St. Pius X lives on through the faith and dedication of its alumni 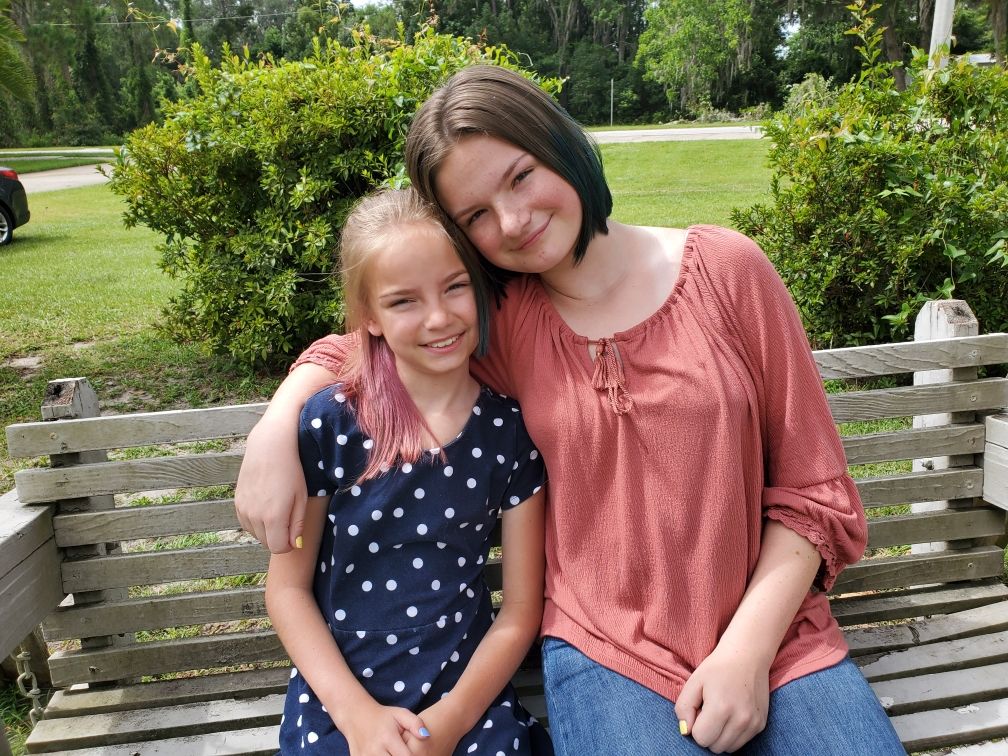 Kathy Wood had another hour to go before she and her daughters, Amanda, 12, and Evelyn, 10, got home from another long day. Evelyn, otherwise known as “Evie,” is a dancer, ballet to be more specific, and has practice twice a week. The Woods waited in the car while she went through the paces with her dance troop. “The girls keep themselves busy, but they stay on top of their grades,” said Wood. The girls attend St. Francis Xavier Catholic School, Brunswick and have been since they began school. Kathy and her husband of 14 years, Donald, thought it was best for their growth academically and, more importantly, faithfully. The Wood family, residing in nearby McIntosh County, is Catholic and believes a Catholic education is important. “I think the level of education is better at St. Francis Xavier than would be at public school,” said Kathy. She attended public schools while growing up in New Jersey, South Carolina, and Texas. “Academically, St. Francis is more of a challenge. The variety of things the girls can do there, the structure and small class sizes give them an advantage.”

Kathy, a billing specialist, and Donald, a handyman, enrolled Amanda eight years ago with the hopes of being able to afford for her to go to school at St. Francis. No matter the cost, the Woods were going to make it happen. “We were going to push through and do everything we could,” said Kathy about paying tuition. “I wanted them to have the best academic opportunity they could have.”

The Woods heard about Grace Scholars, Inc. midway through Amanda’s Pre-K year at St. Francis, and the rest was history. “I had no idea there was financial aid for private schools like St. Francis,” said Kathy, president of the Athletic Booster Club at the school. Amanda plays volleyball, soccer, and basketball at the school and is happy to be doing so. “I like it because I have friends there and my teachers are all nice to me,” said Amanda from the backseat of her mother’s car. “The sports are lots of fun too.”

Without Grace Scholars, there’s a chance the Wood sisters would not be attending St. Francis at this juncture of their lives. “[Grace Scholars] has been a Godsend,” said Kathy, “because we wouldn’t be able to afford to send them both here.”

Grace Scholars, Inc. was founded in 2008 by Cardinal Wilton Gregory (then Archbishop of Diocese of Atlanta) and Diocese of Savannah Bishop Emeritus J. Kevin Boland (then Bishop of Savannah) as a way to take full advantage of the School Scholarship Organizations (SSO)/tax credit legislation that was passed earlier that year. A 501(c)3 non-profit organization, Grace Scholars Inc., with the benefit of contributions from donations that translate to 100% tax credits, provides families with the financial lift that allows their children to attend some of the best Catholic schools in the state. According to the Grace Scholars, Inc. website, gracescholars.org, there have been “thousands of taxpayers that have contributed to GRACE.” The site lists the goal for the organization as follows: To afford qualifying families a quality education while providing donors with an opportunity to use their tax dollars towards Catholic school scholarships.

Eligibility for a Grace Scholars scholarship to any of the 34 participating Catholic schools in Georgia depends on a family’s income. The scholarship provides assistance towards tuition and average about $2500. The financial gift is good for the entire time the student(s) is at the participating school as long as the family can demonstrate economic necessity. For example, A family that is granted a $2,000 scholarship for their first-grader is eligible to receive that amount through eighth grade.

With offices located north of Atlanta in Smyrna, Grace Scholars services students and their families from all over the state, with 13 of the 34 participating schools within the Diocese of Savannah.

“The assistance is a gift to families so they may take advantage of the benefits of a Catholic education,” said Diocese of Savannah Superintendent of Schools Michelle Kroll. “The awards provide hope for families and the church. As disciples of Christ and faithful Catholics, we help parents fulfill their promise to Christ to teach their children to know, love, and serve the Lord.

“The body of Christ grows with each donation.”

Kathy and Donald don’t regret applying for a Grace scholarship. In fact, it was one of the best decisions the couple ever made. The girls made the honor roll last quarter.

“I believe St. Francis is a good foundation for our girls,” said Kathy. Asked if she would recommend Grace Scholars to any other parents she said, “Absolutely, if you think you cannot afford to send your children to St. Francis you should check into the Grace Scholars scholarship.”