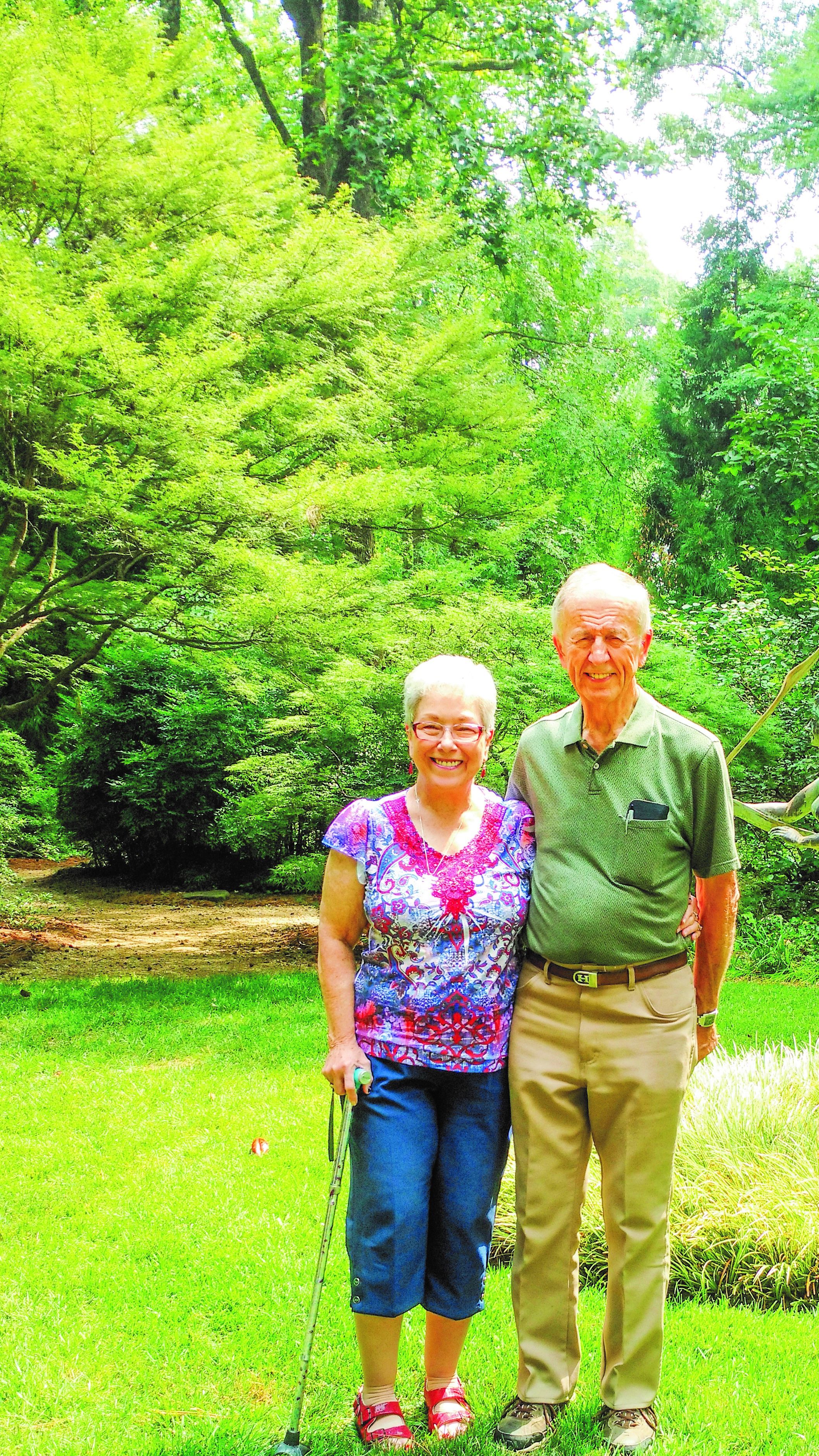 A decade ago Bernie and Janet Hulshof celebrated their 40th wedding anniversary on a cruise ship in Belize. The trip to Central America was a gift from their two adult daughters. This year the couple will celebrate their golden anniversary a lot closer to home in Savannah at the annual Gold and Silver Mass at Cathedral Basilica of St. John the Baptist, Savannah, Sunday, Feb. 7. Their daughters will have to get them something else. “That will be our vacation,” said Janet, 74, with a laugh.

The Hulshofs, parishioners at St. Teresa of Avila Church, Grovetown for the past who met 51 years ago in New Jersey while out dancing and got married nine months later, remember that day like it was less than a half-century ago and more recently. The pair has not been apart much since. “I was going out to dance one weekend and I saw someone beautiful, got the nerve to ask her to dance and that was how we first met,” said Bernie, 82.

“When Bernie asked me to dance I was willing because he was quite handsome,” said Janet. “He still is. We just clicked.”

Their first date was at a local tennis court. They’ve been teammates ever since. A mutual love of God and Catholic backgrounds are what Bernie calls “the foundation” of their marriage. “Our faith has been the foundation of our married life,” he said. “That was one of the criteria I was looking for in the person I was going to spend my life with.”

“We really hope that our relationship reflects the light of Christ,” added Janet. “We’re really blessed and I would describe our marriage with two words: forgiveness and patience. Of course we’ve had our struggles but we pray before we make big decisions.”

The Hulshofs also pray the Rosary together daily.

That faith and patience was tested early in their marriage while having difficulty conceiving a child. The doctors said Janet would not be able to have a child and the Hulshofs began tentative discussions about adoption. It took seven years, but they would have two children. “The other quality you need in marriage is perseverance,” said Bernie. “Married life is a cycle of ups and downs.”

The couple has attended St. Teresa of Avilla Church since they moved to the area more than two decades ago and are looking forward to seeing other parishioners at the celebration. The pair was in town a couple months ago for the annual Gartland Awards. They are planning to spend the weekend in Savannah, celebrating 50 years of a union that began with a first dance.