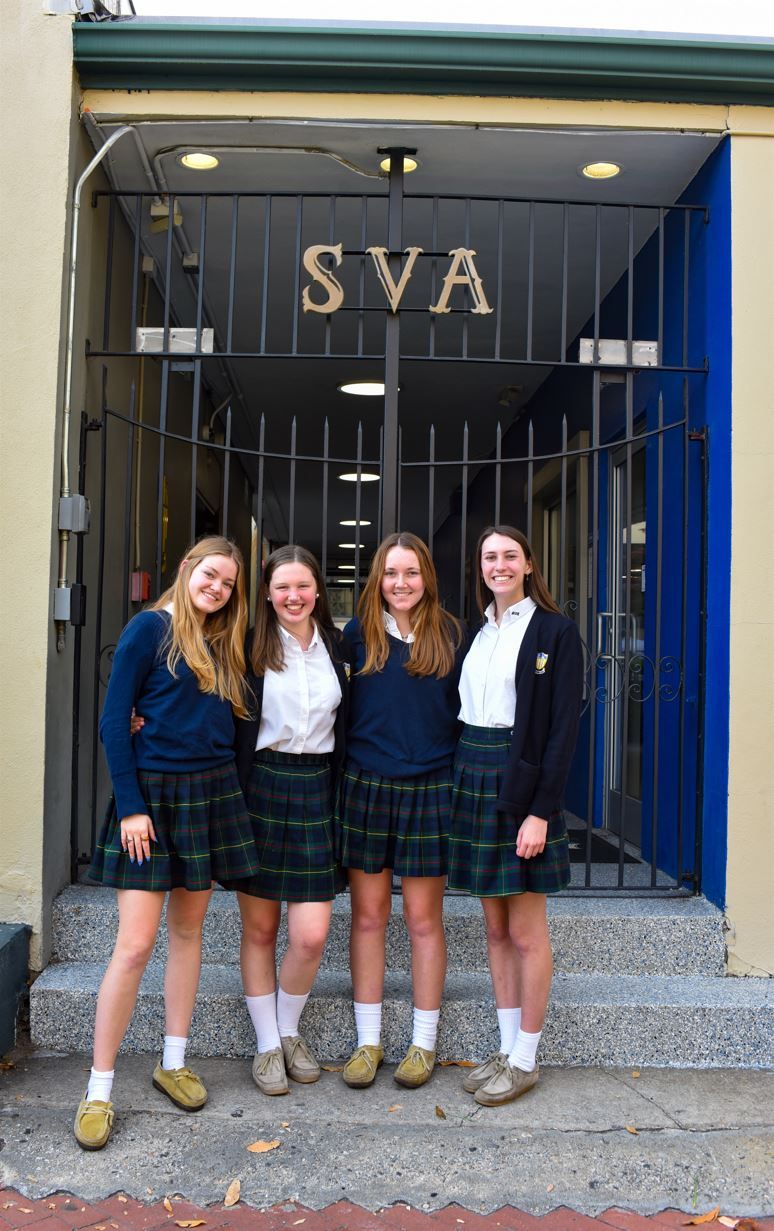 Today marks the beginning of Catholic Schools Week (CSW), an annual celebration sponsored by the National Catholic Education Association (NCEA) that recognizes the rich traditions, value and impact of Catholic education across the United States. Now in its 48th year, schools typically observe the week with Masses, assemblies, service projects and other activities for students, families, parishioners and community members.

“When you think about a Catholic school, it’s not just about the forming of the psychological consciousness, but also that of the moral consciousness,” said Carrie Jane Williamson, Interim Superintendent of Catholic Schools. “While faith formation is our primary purpose, historically Catholic schools have also enjoyed being synonymous with academic excellence and athletic prowess, which really just creates a more well-rounded citizen that is more likely to be civically engaged in their adult years.”

In fact, given that faith, academic and service are the three main pillars of a Catholic education, it’s difficult to talk about a Catholic education without noting the long-term impact it has on students’ lives. “Each person’s Catholic school experience is very personal,” explained Carrie Jane. “Everybody chooses Catholic schools for a different reason and the experience that they have really shapes who they become.”

The impact of a Catholic education also extends into the community in which the students serve. Indeed, research has shown that students from Catholic schools tend to be more civically engaged. “Having that foundation and impact and having it also rooted in the faith, based on a moral consciousness as well, really helps to power the potential not only of those individual students while they are attending school, but also as they continue to grow into adulthood and have children of their own,” said Carrie Jane.

“Powering potential” is a tagline used by the Office of Catholic Schools that encompasses part of their mission. “[It’s] really about powering the potential of our students, of our families and of our communities,” noted Carrie Jane. As the largest evangelizing arm of the Church in terms of faith formation and service, Catholic Schools are equipping students not only for this life, but for the life to come. “Our goals are college and heaven,” she said. “We’re trying to get kids to college and heaven,” noting that the formation of the moral consciousness is central to helping students understand why they should be living the life they are taught about in Church.

“Catholic Schools are really at the heart of the church,” said Carrie Jane. “The accomplishments of our past and the anticipation for our future is what really continues to drive us to fulfill our mission of preparing hearts, educating minds and revealing Christ in service to the greater church, which circles back to powering potential.”

Here in the Diocese of Savannah, the Office of Catholic Schools serves nearly 5,000 students from 16 schools in 8 different counties. Twelve of those schools are parish-sponsored schools, one of them is a true Diocesan school, and 3 are independent schools supported by individual religious orders.