A Chosen Race, A Royal Priesthood 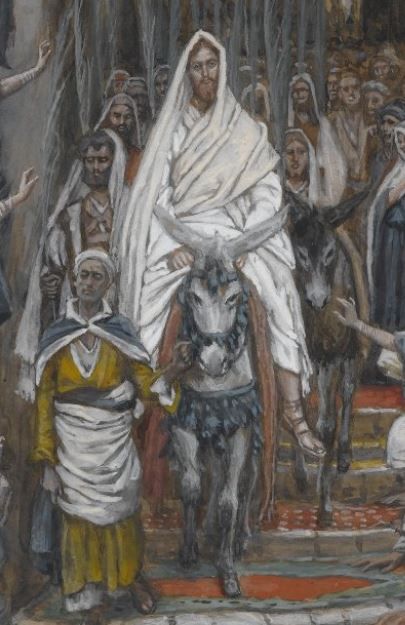 The ancient Hebrews (Habiru) believed that Yahweh, the one true God, was their only king. He chose them and formed them into a people, brought them out of the land of Egypt, “the house of slavery,” and led them “dry-shod” through the parted waters of the Red Sea. He accompanied them during their wandering in the Sinai Desert, forgave their murmuring and idolatry, made a covenant with them through Moses, and brought them into the Promised Land of Canaan under Moses’ successor, Joshua son of Nun. Under Yahweh’s kingship, the 12 tribes of Israel—the descendants of the Habiru (literally “Dust People”)—were governed not by earthly kings but by human “judges,” from Joshua to Samuel, for 200 years.

Nevertheless, God’s chosen people increasingly longed to be governed by a human king, such as larger and more powerful nations had. They wanted their leaders to have the prestige of these pagan kings; their neighbors all knew what a king was, but they were not impressed by the mere “judges” of Israel. In response to their desire. God told the last judge Samuel, “Listen to whatever the people say. You are not the one they are rejecting. They are rejecting me as their king…Now listen to them; but at the same time, give them a solemn warning and inform them of the rights of the king who will rule them” (1 Samuel 8:7-9). Samuel bluntly told the people that an absolute monarch would draft their sons into his army and make them perform menial tasks, use their daughters as “perfumers, cooks, and bakers,” confiscate their best fields, vineyards, and olive groves, “tithe their flocks” and enslave all his subjects. “The people, however, refused to listen to Samuel’s warning and said, ‘No! There must be a king over us. We too must be like all the nations, with a king to rule us, lead us in warfare, and fight our battles’” (1 Samuel 8:19-20).

God allowed his people to choose to have a king, and so Samuel grudgingly anointed Saul, the people’s choice, as king. When Saul (a “handsome paranoid schizophrenic”) proved disastrous, God decided to give his people a king “after his own heart.” Through Samuel, the last of the judges and first of the prophets, Yahweh chose David, son of Jesse, and Samuel anointed him king, while still in his youth. Later, after commanding Saul’s armies and incurring his jealousy, David was victorious over Saul and reigned as king over Judah (in the south), for 7 years, from Hebron. Then the elders of Israel (in the north) came and anointed him as their king as well. David ruled over both Judah and Israel for another 33 years, for a total of 40.

To unite the northern and southern tribes, King David captured Jerusalem, a walled Jebusite city in the center of the country and made it his capital. David was a great king, a larger-than-life figure—even in his sins, which God forgave because of his even greater repentance. David composed the core of the Psalms, centralized the cult at Jerusalem (henceforth only his court priests could offer sacrifice and only in Jerusalem). King David apparently commissioned his scribes to begin writing the records of his reign and his people. They collected and wrote down the traditions of the Twelve Tribes, creating the earliest writings of the Old Testament. David transformed Israelite worship—both the sacrificial worship that would soon grace the temple in Jerusalem and scripturally-based synagogue services elsewhere.

King David wanted to build a permanent house (temple) for God, who was thought to dwell in the tent that housed the ark of the covenant and was seen as the dwelling place for God’s kabod (“glory”) or his shekinah (“presence,” as distinct from his person). Samuel’s successor, Nathan the prophet, revealed that God would instead establish a “house” for David and his people. This is the “house of David”—his descendants—among whom God would dwell. After David, the covenant no longer simply stated: “I will be your God you will be my people”; it had an additional condition: “and if you have a king of the house of David ruling over you.” David was the model of Hebrew kingship and was regarded as the Lord’s anointed (“Messiah”). The prophets made it clear that God still reigned supreme through the earthly kings, who served as his viceroys, adopted sons, and mediators of the covenant between God and his people.

David’s son and successor, King Solomon, was famous for building the temple in Jerusalem and for his wise legal judgments and his Proverbs. But Solomon proved a fool in the end, for he had many foreign wives and tolerated their pagan worship competing with the religious system of David in temple and synagogue. After Solomon’s death (922 b.c.), the kingdoms of Judah and Israel were separated and were ruled by different kings; the house of David ruled only in the south. The expectation in Judah was for a restoration of the house of David in the north as well. But this expectation was not fulfilled. First, Israel fell to the Assyrians in 722 b.c. and then Judah to the Babylonians, who had conquered the Assyrians, in 587 b.c. The prophet Ezekiel described God’s glory physically leaving the temple before it was destroyed. In their exile in Babylon, the “temple-less” priests could not offer sacrifices, but learned teachers called “rabbis” taught that where three men gathered to study the Torah, the kabod / shekinah was there with them. When, thanks to King Cyrus of Persia, who conquered Babylon and let the captives return to Jerusalem, they rebuilt the temple and walls of Jerusalem, but had remembered what they had learned in captivity: that God was present to them outside the temple as well as within it, through his inspired word.

The Persian, Greek and Roman empires came and went, but the Jews failed to become independent of any of them, except during brief periods of revolts. They longed for a king to restore the kingdom of David, the Kingdom of God. They called this expected Davidic king the “Messiah,” the Christ, God’s anointed. When Jesus of Nazareth appeared, many of his fellow Jews failed to recognize him as the Messiah, so beguiled were they by the glorious memory of King David. Although the earthly Jesus was of the house and lineage of David, he was not a worldly king but rather a carpenter from Nazareth, an itinerant rabbi who suffered greatly and unjustly at the hands of evil men. He never lived in a palace but had “nowhere to lay his head”; he did not ride a mighty steed, but rather a donkey; his only crown was made of thorns and his only throne was a cross of wood. In human terms, Jesus seemed more like the suffering servant of Yahweh described by the Prophet Isaiah than like the glorious King David. Jesus was not known to have been anointed with oil, as kings always were—except for having been anointed with oil by Mary, the sister of Martha and Lazarus, at Bethany before his crucifixion. And where was the promised kingdom? Judah and Israel remained under foreign (Roman) domination.

Some Jews expected the Messiah to be a “king-priest” like Melchizedek of old, but Jesus of Nazareth was not a temple priest (cohen) offering the sacrifice of animals; he was simply a teaching rabbi, preaching God’s word and kingdom. He was of the house of David, but not of the priestly house of Levi or the branch of that house stemming from Moses’ brother Aaron, let alone of that of the High Priest Zadok, and was therefore ineligible to offer sacrifices in the temple.

Others expected a prophetic Messiah. While Jesus was recognized by many as a prophet “mighty in words and works,” he did not lead God’s people into the promised land as Joshua, his namesake and the original “Prophet-like-Moses,” did. Like many other prophets, he was killed just outside Jerusalem for his prophesies.

Yet the disciples and apostles of Jesus steadfastly maintained that Jesus of Nazareth is the Messiah in the fullest sense, the true King and the Kingdom itself, the true priest and authentic sacrifice, the true prophet and the word of God. This startling claim, though rooted in his earthly life, rests on his resurrection from the dead and ascension into heaven, where he lives and reigns at the right hand of the Father.

Coming into our world, Jesus Christ ushered in God’s kingdom on earth. The King has already come; his Kingdom has been inaugurated. But the eternal and universal k\Kingdom of the Messiah, which he will present to his Father at the end of time, is not a political kingdom, but rather a “Kingdom of truth and life, a Kingdom of holiness and grace, a Kingdom of justice, love and peace.” If this Kingdom is not yet evident in the world—if holiness and grace are not clearly seen, if justice, love, and peace do not prevail—then Christians must cooperate more zealously with the Holy Spirit, not to “bring about the Kingdom”—the Messiah has already done that—but to remove the obstacles that keep Christ’s dominion from encompassing everyone for whom he died and rose again. That is the task of the Church, “a chosen race, a royal priesthood, a holy nation, a people for [God’s] own possession.”