Planting the Seeds of Prayer 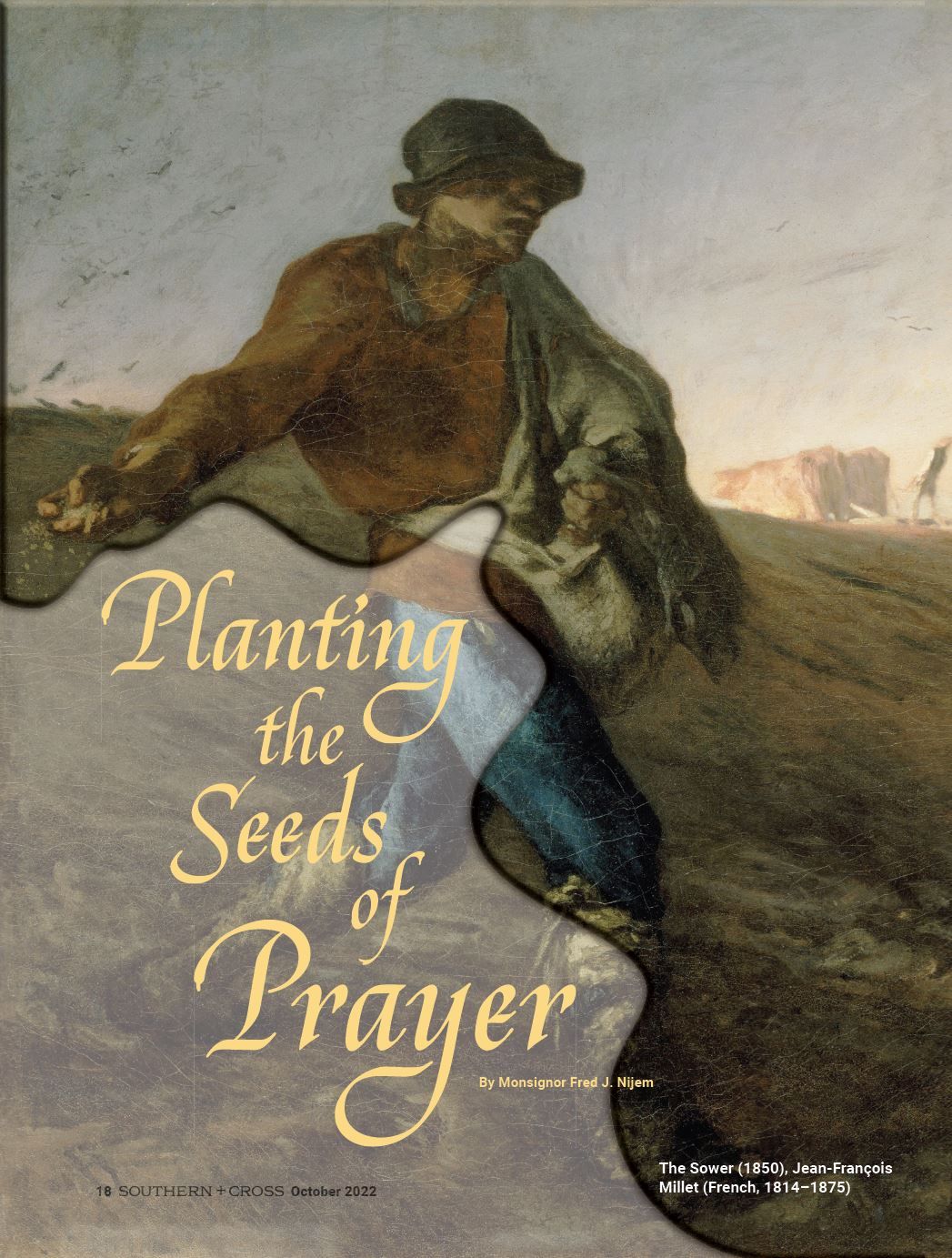 The Bible is the most widely read book in the world and in all of history. Over the years the Bible has meant many things to me. It is my daily bread. It is the window through which I am able to see into God’s heart. It is the Word that convicts me of my sins, and the same Word that holds out reconciliation and healing. The scriptures have been a delight to study and ponder, revealing a treasure trove for prayer.

A personal lamp for my steps, the Bible is the Word of God. It is a Word that is both inspired by God but spoken and written with human hearts and hands.  It is a two-edged sword, penetrating between soul and spirit, able to discern the reflections of the heart, (Hebrews, 4:12). Scripture is the inspired word of God and is useful for teaching, for refutation, for correction and training in righteousness, (2Tim. 3:16-17). The scriptures contain the source of eternal life, (cf. John 5:39).

If our hearts are baked for lack of prayer, then the plowing is difficult. If our hearts have been softened with regular prayer then the plow moves easily and separates the clods of earth to prepare for planting the seed. When a farmer plows his land, he is seeking to expose the fertile earth beneath the top soil to receive the seed. So too, God wishes to plant the seed of His word deep in our hearts. But first those hearts, hardened and made stony by the trivialities and shallowness of the detritus and entertainment of the day, must be turned over and under.

When that planting has been done in good soil, then the Word produces fruit thirty, sixty and a hundredfold (Mark 4:8, 20). That preparation for planting can done by simply reading the scriptures every day. Keeping the Bible close at hand and doing a daily continuous reading of New Testament or the Hebrew prophets can help keep the top soil loosened. And then the seed of the word can be planted with an even deeper reading of scripture, e.g. lectio divina.

While there is a lot of discussion about the Tridentine Mass, but something far more vital has been happening as a result the Second Vatican Council. Quietly, but surely, all over the world, the Bible has become the focus of study and prayer for thousands of parish groups.  Every hour of the day, somewhere in the world groups of Catholics, large and small, are opening the scriptures for discussion and prayer.  Indeed, all over the world, individuals are taking up the Word of God and making it their daily bread, “One does not live on bread alone, but by every word that comes from the mouth of God,” (Matthew, 4:4).

I mention this because prior to Vatican II the Bible was virtually off limits to the Catholic laity. There was concern about Catholics being infected with Protestant ideas. There was concern about the unlearned misinterpreting the Scriptures. God’s Word was not recommended for personal reading or study for the Catholic laity. But now scripture is in the hands and hearts of God’s people.

Another significant outgrowth of Vatican II is the development of the Catholic Lectionary for the celebration of Mass. The three-year lectionary cycle for the Sunday Masses and the two-year cycle for daily Masses exposes the faithful to a wide range of Scripture. The lectionary has become for many individuals and study groups the standard preparation for the celebration of Mass. Indeed, so highly thought of is the Catholic Lectionary, that it has become the weekly scripture for several Non-Catholic denominations including Episcopal and Lutheran.

The first part of Mass is identified as the Liturgy of the Word. In this part of Mass God’s Word in scripture is proclaimed. Following the proclamation of the Word, the Homily seeks to break down the scriptures for the nourishment of the faithful. It has been suggested that every time the Word is read in the first half of Mass, no matter what the reading, a simple but powerful reality if offered: God proclaims You are my people, and I am your God. On the personal level it has been suggested that each time you open the Word of God you ultimately listen for God’s voice saying:  (Your name) “I love you”.

Jesus said in His farewell discourse, “Whoever loves me will keep my word, and my Father will love him, and we will come to him and make our dwelling with him. Whoever does not love me does not keep my words; yet the word you hear is not mine but that of the Father who sent me,” (John 14:23-24).

We ask that God’s Word abide in us. We seek to make our hearts a hospitable place for that Word to rest, to make a home in us. “Remain in me as I remain in you.  Just as a branch cannot bear fruit on its own, so neither can you unless you remain in me” (John 15:4).